The studio founded by Brian Reynolds and Tim Train is being bought.

Free-to-play giant Nexon today announced that it will acquire DomiNations developer Big Huge Games, the independent studio founded by Civilization and Rise of Nations designer Brian Reynolds and Tim Train. Nexon, specifically its Nexon Korea subsidiary, has entered into an agreement to buy all of Big Huge Games' outstanding shares.

A transaction price was not disclosed in the announcement today.

Nexon and Big Huge Games were already working together, as Nexon published the studio's mobile strategy game DomiNations. According to Nexon, the game has "garnered critical acclaim and international success," passing 19 million downloads globally (up from 17 million in December) since launch in April 2015.

The two companies plan to continue to support DomiNations with more content and marketing efforts.

"We are thrilled to be joining forces with Big Huge Games. One of Nexon's core objectives is to empower the best game developers around the world enable them to succeed," Nexon CEO Owen Mahoney said in a statement. "DomiNations has achieved great success in both the West and Asia, and we're excited to work with Big Huge Games to deliver the best quality gameplay to fans for years to come."

For its part, Big Huge Games CEO Train said, "We've had such a great relationship with Nexon on DomiNations, and we're very excited to become part of the family. We share Nexon's vision that games are most successful when passionate, talented designers can create innovative gameplay, and we look forward to many years of working together to create worldwide hits that change the mobile landscape."

Reynolds co-founded the first iteration of Big Huge Games, which closed down in 2012 as part of 38 Studios' bankruptcy. The studio got a second lease on life when Reynolds and Train acquired the rights to the Big Huge Games name during the 38 Studios auction.

Back in December 2015, DomiNations received its biggest update ever, introducing, among other things, a massive multiplayer mode in which two teams of 50 players per side duke it out.

Released in April 2015, DomiNations is a free game for iOS and Android that is supported by microtransactions. It lets players lead and develop their own civilization from the Stone Age all the way through the Space Age. 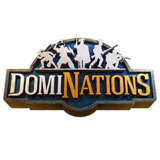