Respawn's "Meet Newcastle" trailer puts Apex Legends' mobile defender under the spotlight in a way fans haven't quite seen before.

As is customary during the week before a new Apex Legends season launch, Respawn Entertainment has released the introductory trailer for Season 13's newest legend. The trailer unveils Newcastle (AKA Jackson "Jackie" Williams, Bangalore's brother) in all his armored glory, and gives the rundown of his rook-like abilities in a way that fans have come to expect from these trailers--but this time, there's a twist.

The first thing that will jump out at most fans is the absence of the female Apex announcer who has served as the narrator for every "Meet [Legend]" trailer since the game's launch in 2019. But this time around, the newest legend to hit the Games is being introduced by the person who knows him best, instead of the perky female announcer fans are used to. While it might be embarrassing to be introduced by his little sister, Newcastle definitely had it coming, after faking his death and leading said sister to believe he was gone for good.

Bangalore's frustration with her brother is palpable in the trailer's voiceover, though it certainly seems like she's pleased to have the opportunity to take said frustration out on him in the ring. She even slips up and nearly calls Newcastle by his real name instead of his Apex Games moniker while detailing his abilities.

Newcastle can use his knockdown shield while reviving and can drag a teammate over a short distance.

A projected energy shield that moves forward across the battlefield following terrain. Blocks all weapon fire damage and deflects grenades and can be thrown while sprinting. 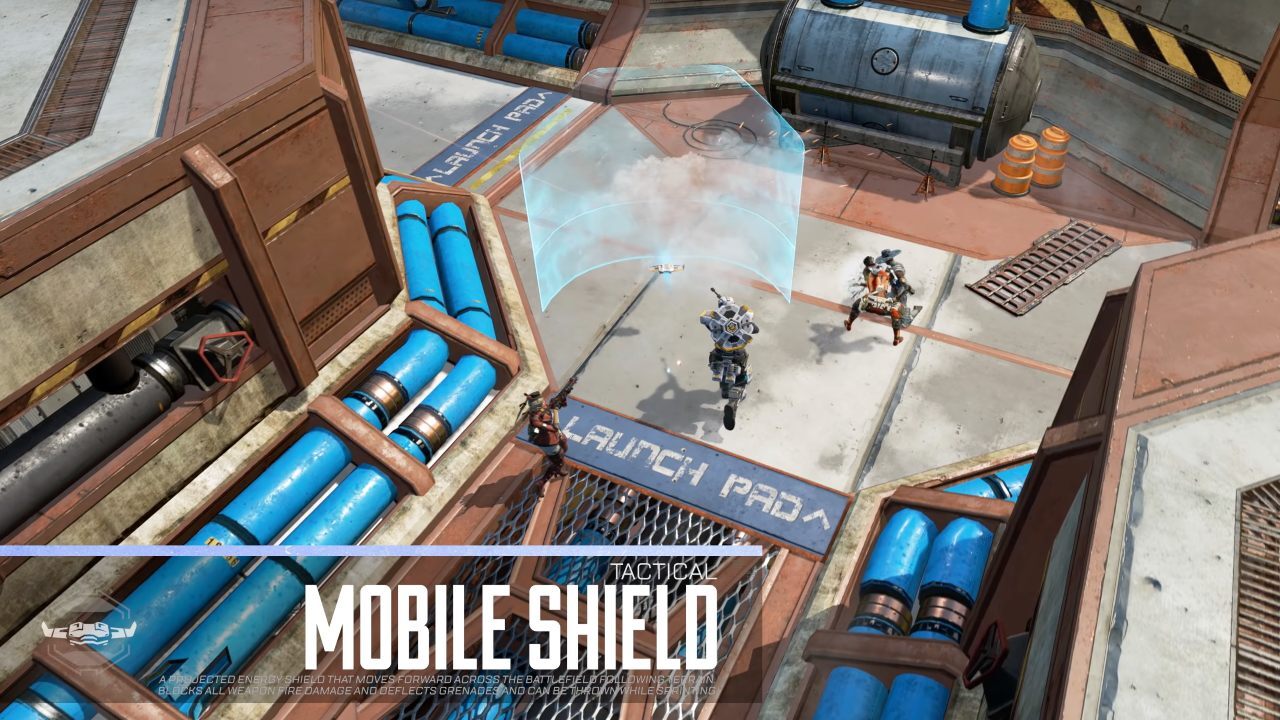 Leap to a target ally or an area and slam shield into the ground to create a fortified castle wall.

Apex fans will have to wait until Season 13 launches on May 10 to try out Newcastle's abilities for themselves, but there's plenty of time to brush up on his backstory and the changes that will be hitting both Stormpoint and Ranked mode in Apex Legends Season 13: Saviors.