New Zelda: Breath Of The Wild DLC Is A Xenoblade Chronicles 2 Tie-In

During today's Nintendo Direct, Nintendo revealed that The Legend of Zelda: Breath of the Wild will receive some free DLC centered around upcoming Switch RPG Xenoblade Chronicles 2. The added Zelda content will include a new side-quest, which upon completion unlocks a costume for Link that's based on Xenoblade's Rex.

The free side-quest is coming to Breath of the Wild on November 9, less than a month before Xenoblade Chronicles 2's release date. Nintendo also announced details on Xenoblade's season pass, and released a new trailer.

Xenoblade Chronicles 2 is developed by Monolith Soft, the studio behind the Xenogears and Xenosaga titles. Rex is the main character, a Driver capable of wielding living weapons known as Blades. Together with a Blade named Pyra, he voyages to different Titans on a quest to reach the World Tree and find the fabled paradise Elysium.

Like the previous two Xenoblade Chronicles games, the upcoming Switch installment is an open-world RPG. Nintendo gave an in-depth look at its battle system in a nearly hour-long gameplay demonstration during Gamescom, which also provides fans with their first look at a beautiful area called Uraya.

Xenoblade Chronicles 2 launches exclusively for Switch on December 1. On the same day, Nintendo is releasing a Xenoblade-themed Switch Pro Controller, which will retail for $75 (international pricing has not yet been announced). Be sure to check back for all the major news from today's Direct. 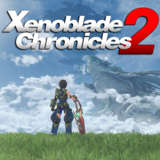