Coming to Xbox One and PC, Adios is about a pig farmer who doesn't want to work for the mob anymore.

Developer Mischief has released the first official trailer for Adios, an upcoming first-person adventure game about a pig farmer who used to dispose of bodies for the mob but decides he doesn't want to anymore. The game is scheduled to launch for Xbox One and PC.

Adios doesn't have a release date yet, but in a tweet, the developer says that players can expect the game will come out "very soon."

As seen in the trailer, embedded above, the game begins with the pig farmer telling a mob hitman that he no longer wants to participate in the organization's dirty dealings. Knowing he'll be forced to kill his friend if he no longer works for the mob, the hitman tries to convince the farmer to keep feeding bodies to his pigs. The two of you spend the day together completing odd jobs and exploring the farm--both knowing that the hitman will kill you if he can't convince you to stay with the mob.

It looks like a fairly interesting premise. Mischief writes on the Adios Steam page that your choices will "determine the rest of your life," implying there may be some agency in how the narrative ultimately ends.

The minimum PC requirements for Adios are listed below. 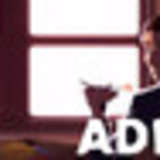