THQ announces that a new WWF game is in development for the PlayStation 2.

In its recent quarterly conference call, THQ announced that a new WWF game is in development for the PlayStation 2 and that it will be released sometime in Q4 2002. Unfortunately, no details on the game's name or selection of modes were provided, but THQ is expected to make further announcements regarding the game at E3.

In related news, THQ also revealed that Rainbow Studios, which it recently acquired, is in the process of finishing a few games for other publishers including ATV Offroad Fury 2 for Sony and Splashdown 2 for Infogrames. Rainbow will complete these games before the rest of its staff is moved under the THQ umbrella. We'll have more on these games as it becomes available. 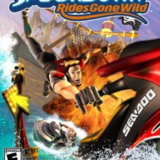