Paradox Interactive has shared some more information about Vampire: The Masquerade - Bloodlines 2. The publisher revealed new tidbits about Thinbloods, one of the title's various clans, and detailed the different kinds of character classes Thinbloods will be able to choose from in the upcoming vampire game.

According to Paradox, Thinbloods are "a recent, weaker strain of vampire who face a constant struggle to survive in the World of Darkness." Thanks to this status, Thinbloods are often discriminated against by full-blooded Kindred; Paradox says they're "treated as second-class citizens" and aren't granted the same social and legal standing as other Kindred, although the vampire leadership in Seattle has been surprisingly tolerant of them.

At the start of the game, players will be able to choose between three different "disciplines" for their Thinblood, which will determine their combat abilities and other attributes. Paradox says these classes were adapted from the Vampire: The Masquerade pen-and-paper RPG. The Chiropteran discipline "calls on the vampire's strong affinity to bats" and allows players to summon swarms of them and move through the air; Mentalism bestows players with telekinetic abilities; and Nebulation gives Thinbloods command over mist.

Each discipline comes with a variety of abilities that players will be able to gradually learn as they progress through the game. Those who choose the Mentalism discipline, for instance, will start off being able to telekinetically pull objects, but they'll also be able to learn how to make NPCs levitate in the air. You can read more details about each discipline and their abilities on the Bloodlines 2 website.

Paradox says it will reveal details about the game's other clans "in the coming weeks." Vampire: The Masquerade - Bloodlines 2 is in development for PS4, Xbox One, and PC. No release date has been announced yet, but the title is slated to release in 2020. 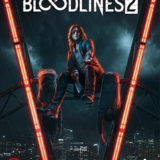