Heroish is a head-to-head tower defense game. Players choose one of six heroes and face off against another hero, who is also building up towers. The heroes achieve victory by destroying the opponents’ Soul Gem. There are multiple single player campaigns, as well as 1v1 and 2v2 competitive modes. The game also allows players to create their own decks and upgrade cards in order to gain the upper hand. Heroish will be available on July 22.

Three games that are already downloadable on the app store will also be seeing Apple Arcade releases in July. Starting on July 1, members can download My Bowling 3D+, a physics based simulation bowling game. Then on July 8, Samorost 3+ will join the service. You might be familiar with developer Amanita Design’s other games like Machinarium and Creeks. This is an adventure game about exploring alien worlds via a gnome with a magic flute. Finally, on July 29, members can obtain Kingdom Rush Vengeance TD+, another tower defense title, tasking players will usurping six mighty kings using a wide variety of towers, powers, and heroes. 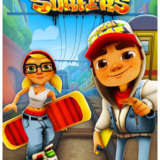