There's a new Star Trek game coming and it's being made by the team behind last year's Game of Thrones Ascent. Boston area developer Disruptor Beam today announced Star Trek Timelines, a new strategy RPG made possible thanks to an agreement with Star Trek rights owner (and GameSpot parent company) CBS.

Star Trek Timelines is described as a story-driven social game that will allow players to build their "ultimate starship and crew" while exploring the Star Trek multiverse. Content and characters from Star Trek: The Original Series, Star Trek: The Next Generation, Star Trek: Deep Space Nine, Star Trek: Voyager, and Star Trek: Enterprise will be featured.

Some of the characters you'll go on missions with include icons like Captain Kirk, Spock, Captain Picard, and Data. You'll explore "numerous" galaxies and planets, while interacting with a range of technologies, cultures, and races, the developer says. The game will also feature original artwork and 3D graphics throughout.

"We want to create a new generation of strategy game for tablet and mobile devices and one that is as large and deep as the Star Trek universe itself," Disruptor Beam CEO Jon Radoff said. "I grew up watching the franchise and have always felt that the best episodes were those that went beyond the coolness of the technology or vastness of space; the ones which told the story of characters making important decisions that had an impact on others, on civilizations, planets, and technology."

"Star Trek Timelines will encompass all of these concepts, allowing you to explore the vastness of space along with your friends--letting you live out the 'where no man has gone before' mantra we all love--but will also allow you to make decisions that impact your future, your friends and even the fate of the Galaxy."

Disruptor Beam isn't talking about a release date for Star Trek Timelines yet, adding that the game is "early in development." 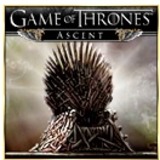