Check out the debut gameplay trailer for Arc Raiders, which is releasing in 2022 across console and PC.

Following a tease, Embark Studios has released the first proper trailer for its debut game, Arc Raiders. A cooperative third-person PvE shooter, Arc Raiders has players working together to fight Arc, which are "fearless enemies" that fall from the sky.

Arc Raiders is a free-to-play game scheduled for release in 2022 on PC through Steam, the Epic Games Store, and Nvidia GeForce Now, as well as PlayStation 5 and Xbox series X|S. The new gameplay trailer is set to the Robyn song "Dancing On My Own." Check it out below.

Embark Studios was founded by former EA and Battlefield boss Patrick Soderlund, who discussed revealing Arc Raiders after being secretive for so long.

"With this reveal, we want to celebrate gameplay and give players more than a hint of how Arc Raiders looks and what it feels like to play. Ultimately for a co-op action game like Arc Raiders, that's what matters the most. We look forward to sharing more about the game in the coming months," Soderlund said.

Keep checking back with GameSpot for more on Arc Raiders in the time ahead. 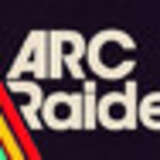