The action-survival game is also available on PC via Steam Early Access for $15.

Beam Team Games has announced that its first-person action-survival game Stranded Deep for PlayStation 4 has arrived--it's out on PSN right now after years of Steam Early Access availability.

Stranded Deep puts you in the shoes of a plane crash survivor in the Pacific Ocean. Alone and marooned, you'll need to survive the elements, battle against ailments like hunger and thirst, and ward off monsters such as boars and giant squids in order to escape. Check out the initial 2018 announcement trailer and some brand-new screens below.

Beam Team took to the PlayStation Blog to share some details about Stranded Deep. A passion project and the first console game from "a couple of guys out of Brisbane," Stranded Deep had been in development for five years and was handled by Telltale Publishing. When Telltale Games shuttered in 2018, Beam Team bought the console rights to Stranded Deep back in order to self-publish it on PS4.

Stranded Deep is also available on PC via Steam Early Access. It's unclear if the PS4 launch will affect the PC version, as Beam Team said in a 2016 developer update that Early Access was "[initially] expected to be finished well before the end of 2015 [but] due to its success, we decided to add more content and features than we had planned due to player feature requests." Stranded Deep retails for $15 on the Steam store. 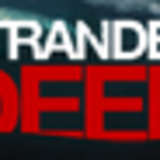