Yakuza 6 will be released on December 8 in Japan.

Sega has released a dramatic new Yakuza 6 trailer featuring a host of established Japanese actors. The story-focused trailer was shared on YouTube, and can be viewed in the embed below.

It's worth noting that Yakuza 6 has not yet been confirmed for release in the west. The PlayStation 4-exclusive game is scheduled to launch on December 8 in Japan, where it is known by the title Ryu ga Gotoku 6: Inochi no Uta.

Yakuza 5 came to North America three years after its release in Japan. We scored it an 8 in our review, earning praise for its engrossing storylines and rich settings but criticizing the less-than-sophisticated combat system. 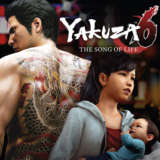