Canada getting bundle that includes a system and copies of NHL 15 and LittleBigPlanet 3 for $450.

Sony on Monday announced a new PlayStation 4 bundle for Canada that includes a system and copies of NHL 15 and LittleBigPlanet 3. The "Boxing Day" bundle will sell for $450.

Canadian gamers will be able to preorder the new PS4 bundle starting December 24, while the system itself will go on sale December 26, Boxing Day.

Though this bundle is exclusive to Canada, US shoppers can get a PS4 and their choice of four games for $400 through the new "Four Games, One Pick" bundle available now across the country. 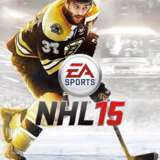