New Pokemon Snap Price And Where To Buy For Nintendo Switch

New Pokemon Snap is out now on Nintendo Switch--here's where you can snag your copy.

After over two decades since the launch of Pokemon Snap on N64 (one of the most beloved Pokemon spin-offs), fans finally have a brand-new sequel in their hands with New Pokemon Snap. Released April 30 on Nintendo Switch and developed by Bandai Namco, New Pokemon Snap is a follow-up to the 1999 Pokemon photography game and features stunning modern graphics. If you're still looking to buy New Pokemon Snap on release day, physical copies are available at Amazon, Walmart, Best Buy, and more. Like most brand-new Switch games, it costs $60, and we're not seeing any release day deals. 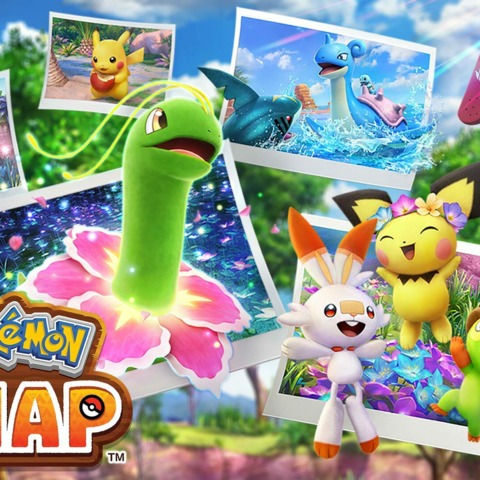 As with many first-party Nintendo games, only one edition of New Pokemon Snap is available. The game's physical version is available to purchase for $60 at major retailers, or you can buy it digitally on the Nintendo eShop.

Like its N64 predecessor, New Pokemon Snap has you explore various Pokemon environments by traveling in a cart on a set rail path. You'll take photos of Pokemon in their wild environment for research, adding them to your Photodex. This time, however, you're headed to the Lental region to work with Professor Mirror and his assistant Rita, who are investigating a mysterious "Illumina" phenomenon causing some Pokemon and vegetation to glow. While the original game only featured Gen 1 Pokemon, the sequel adds Pokemon from newer generations and all-new environments as well. You'll also be able to print your New Pokemon Snap photos using the Fujifilm Instax Mini Link printer and smartphone app.

GameSpot's New Pokemon Snap review scored the game an 8/10 for its stunning courses, the addition of nighttime visits, and more. "Fans clamored for a Pokemon Snap remake for years, and with New Pokemon Snap, we've gotten even more than we bargained for: a great sequel that pulls from all eight generations of Pokemon released so far, dynamic courses that can be explored during both daytime and nighttime, and the ability to create an album of edited, personalized Pokemon photos," we wrote. "Though there's sometimes a disparity between photos that make it into your Photodex and the ones you like the most, the core motivation of catching a Pokemon doing something particularly cool remains the driving force and the satisfying draw of New Pokemon Snap. 20 years later, taking photos of Pokemon in the wild remains as fun and exhilarating as it always was, and though it's been a long time coming, New Pokemon Snap was worth the wait."