New NBA 2K17 Patch Out Now, Fixes All These Bugs

The patch is available on all platforms.

2K Sports has released a new patch for NBA 2K17 that fixes a number of issues with the professional basketball game. The patch notes, which were published on Facebook, include fixes for instances where the game would hang and a problem where the score wouldn't update at the right time after a made basket.

The new NBA 2K17 patch also fixes an issue related to uniform colors clashing in some matchups, while it also clears out a problem where you wouldn't be given a win if your opponent disconnected during a Pro-Am Walk-On/Team game "under certain conditions." You can see the full patch notes below.

This patch was first released on PlayStation 4, and has since made it to PC and Xbox One. No mention was made of a release for PlayStation 3 and Xbox 360.

In other news about NBA 2K17, Sony announced today that the game was the best-selling PlayStation Store title in North America for September 2016, outselling another popular newcomer, FIFA 17.

"Despite its few drawbacks, NBA 2K17's excitement for basketball is contagious, and it's hard not to get wrapped up in it," reviewer Mat Paget wrote. "Apart from the lacking 2KU mode and stiff recreations of commentators, the rest of the game looks great and plays even better. After finally devoting a significant amount of time to one of these games, I now see why it's such a well-regarded series, and it makes me wish that every sport got the same treatment that basketball does in NBA 2K17."

NOTE: All patch fixes will work in your existing game mode saves.

Story updated to note the update's release on PC and Xbox One. 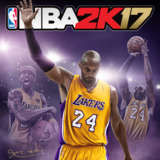