Developer Bombservice has revealed a new Momodora is currently in development, while spiritual sequel Minoria has received a September console release date.

Bombservice has announced a new Momodora is in development, in celebration of the original game's tenth anniversary. The new teaser briefly features art of protagonist Isadora, a crimson eclipse, and ends with a pair of spooky eyes that refuse to blink.

On the official Momodora Twitter, series creator Guilherme Martins tweeted his thanks to fans who had supported the game series over the last decade. "Momodora is a series that I started from scraps of failed projects, with no expectations," Martins wrote.

"My only goal back then was to be able to bring one of my characters to life. In the beginning, I barely knew what I was doing (and honestly even today…) but I followed my heart and created what I wanted to the best of my abilities. If someone like me was able to do it, those out there who dream of their creations can, too. Please keep your spirits up!"

4. And lastly, here's a message from me. Thank you for these 10 years! pic.twitter.com/0LMLtDo1h6

Originally launched on PC in 2010, the first Momodora was an indie platformer game influenced by Cave Story. Momodora II arrived in 2011 and shifted the series to a Metroidvania style of gameplay, while also revamping Momodora's combat system in the process.

Momodora III was released in 2014, while Momodora: Reverie Under the Moonlight was a prequel that introduced a more detailed art style to the series in 2016.

Minoria would serve as a spiritual sequel when it launched on PC in 2019, and is currently scheduled to arrive on PS4, Xbox One, and Nintendo Switch on September 10. 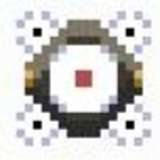