Activision's fighting game is now played in a 2.5D perspective. See the latest media from the game.

Activision sent over several new screenshots from X-Men: Mutant Academy 2 for the Sony PlayStation today. The fighting game features returning favorites such as Wolverine, Cyclops, Storm, Magneto, and Sabertooth, but it also adds new fighters such as Rogue, Forge, Nightcrawler, Havok, and two secret characters. Naturally, each character has unique mutant powers and special attacks. Locations featured in the game include the X-Mansion, Muir Island, Magneto's Asteroid M stage, and others. Along with the traditional arcade, survival, training, and versus modes, the game will also feature the so-called celebro mode, which will let players unlock assets from X-Men: The Movie. 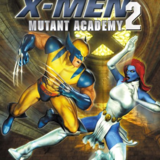