Releasing in 2022, the next game adaptation of the Lord of the Rings is a stealth-action game centered around the sneaky outsider.

The next game based on J.R.R. Tolkien's classic fantasy series is The Lord of the Rings: Gollum. Developer and publisher Dadelic Entertainment just released a new trailer with gameplay footage during the Future Games Show. Set in the years after The Hobbit and just before The Lord of the Rings, this original game focuses on Gollum's escape from Barad-Dur in the land of Mordor, where he was forced into slavery by Sauron's army. Throughout his journey, he'll sneak, climb, and attack foes from the darkness to evade the legions of Sauron and come to grips with his mental state.

Set for release in 2022, the next game based on the Lord of the Rings forgoes heavy action and the real-time strategy gameplay from other titles and is more about the introspective perspective of the infamous hermit Gollum. In this game, the experience is more of a narrative-driven stealth action title that centers around Gollum in-between the significant events that occurred on Middle-earth. In the newest trailer, we get see some of the locations that Gollum will explore in Mordor, and who he'll encounter along the way.

Before the trailer's release, GameSpot had the opportunity to check out an extended preview of the game in action, which focused on an early level in the main story. In this demo, we saw a lengthy sampling of the gameplay pillars of the game, which focuses on stealth, platforming, and traversal, and the many moral decisions that Gollum has to confront. As in the films and the source material, Gollum is an agile and nimble character who can quickly climb walls and even wall jump to reach higher ground. He can also use the shadows to conceal himself to hide from orcs and then pounce on them when their guard is down. But unlike characters like Gimli, Legolas, or Aragorn, Gollum is not a capable fighter, and he can be quickly bested when engaging in a fight head-on. So it's best to stick to quick attacks from the darkness to overcome the odds.

In addition to platforming stealth and combat, LOTR: Gollum also takes time to examine the character's unstable mental state, following years of isolation and unnaturally extended life. Throughout key moments during your adventure, Gollum will be presented with moral choices that he'll have to mull over. In the gameplay demo, we saw this presented as an internal conflict with his negative and positive thoughts, offering either more aggressive or passive solutions. Your choices here can open up some specific gameplay ramifications, such as having to sneak past orcs or choosing to eliminate them one-by-one to make your trek easier. However, as the developers stated during the presenation, some of the "correct" choices may lead to some unintended consequences that could impact Gollum and the other characters he meets on his adventure.

The other characters he'll meet in the game are a combination of original characters and known figures from Tolkien lore. During the presentation, Gollum encountered a Dwarf named Grashneg, who is also trapped within Barad-Dur. During some key moments, Gollum and other allies will have to work together to overcome the odds, and in this case, Grashneg's increased size and strength give Gollum the means to pass certain obstacles. Along with new characters, noteworthy villains like Shelob will also make an appearance in the game. While the character of Gollum is well-established, we haven't seen a game focus on his experience of being an outcast, and this game looks to offer an exciting portrayal of one of Lord of the Rings' most compelling characters. 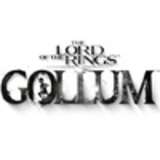