If you think Lego sets are really cool but just can't seem to find the shelf space to display them, Lego perhaps has a great solution for you. Lego Art sets are elaborate 3,000-plus piece builds that hang as wall art. Lego has unveiled four kits in the lineup thus far: Iron Man, Star Wars, The Beatles, and Andy Warhol's famous painting of Marilyn Monroe. All four are available to pre-order now for $120 each ahead of their imminent September 1 release date--check them out below.

The coolest aspect of these sets is the fact that each has multiple builds that form different pictures. All of the sets come with curated digital soundtracks that you can listen to as you build. If you purchase three copies of the Star Wars or Iron Man kits, you can combine them to to make larger pieces to hang on your wall, such as a landscape portrait of Iron Man using his Repulsor or Darth Vader holding his lightsaber. 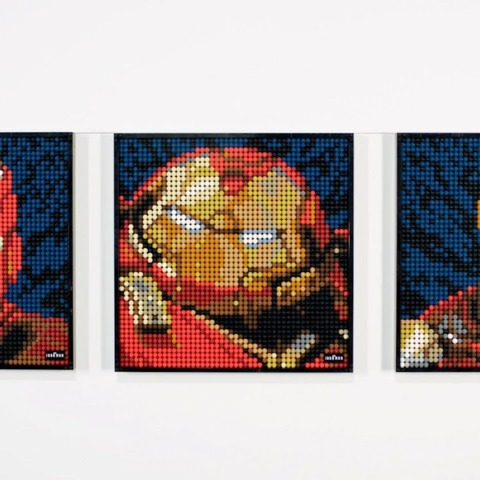 The Iron Man kit is 3,167 pieces and allows you to make Tony Stark in three different Iron Man suits, including the Hulkbuster, which appeared in Avengers: Age of Ultron. The Iron Man kit isn't available on Amazon just yet, but you can pre-order it directly through the Lego Store. 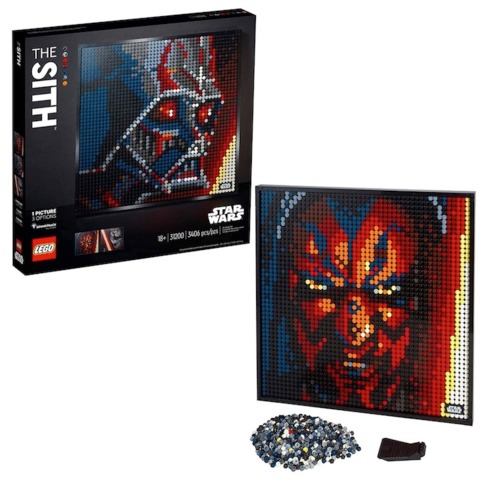 Star Wars: The Sith is a 3,395-piece set that features a trio of bad guys: Darth Vader, Kylo Ren, and Darth Maul. You can assemble one of the three images at a time, then swap the bricks around to change to a different character. It's available to pre-order at Amazon and the Lego Store. 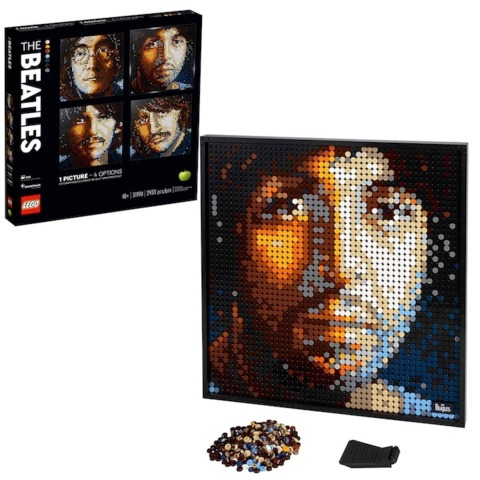 The Beatles kit is the "smallest" of the bunch at 2,933 pieces, but you can make four different builds with it--one for each member of the legendary band: John Lennon, Sir Paul McCartney, Sir Ringo Starr, and George Harrison. It's up for pre-order at Amazon and the Lego Store. 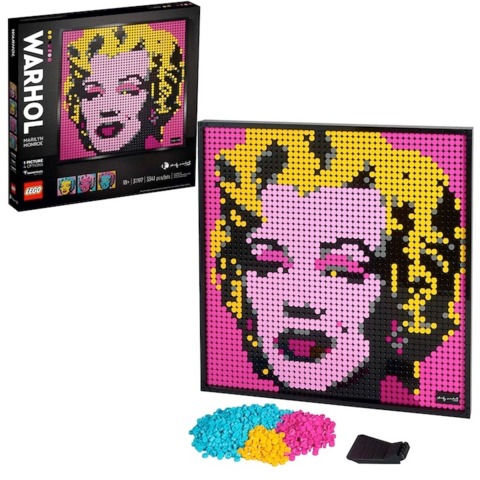 Andy Warhol's famous painting of Marilyn Monroe can be recreated with this 3,332-piece kit. Along with the default look, you can modify it with three additional color schemes. It's also available to pre-order at Amazon and the Lego Store.