Lego has released its latest batch of Lego Super Mario sets, including the Luigi Starter Course that lets Mario's brother get in on the build-your-own platforming fun. A couple of big new expansion sets are also available now. The most notable addition to the lineup is Bowser's Airship, a 1,152-piece build that looks positively awesome. We've rounded up the new additions to the Lego Super Mario lineup below, all of which come with free Amazon Prime shipping that arrives as early as tomorrow. If you don't already have the Lego Mario Starter Course, you can pick it up at Amazon for $48 right now, down from $60. 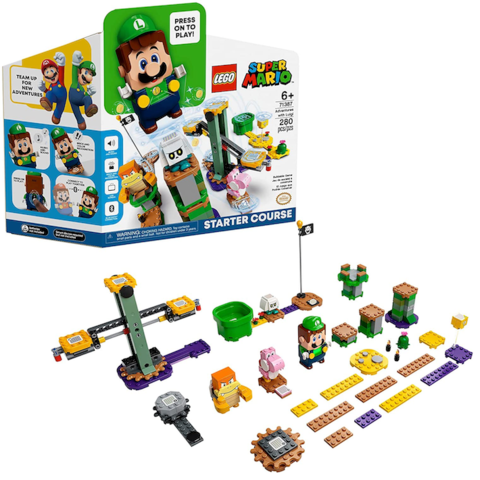 The Luigi Starter Course is a 280-piece set that comes with an interactive Luigi figure (similar to the Mario figure). The set has multiple other figures, including Pink Yoshi and Boom Boom. It features a spinning seesaw and other obstacles for Luigi to traverse solo or alongside his brother. The Luigi figure is compatible with all previous Lego Super Mario sets, too. 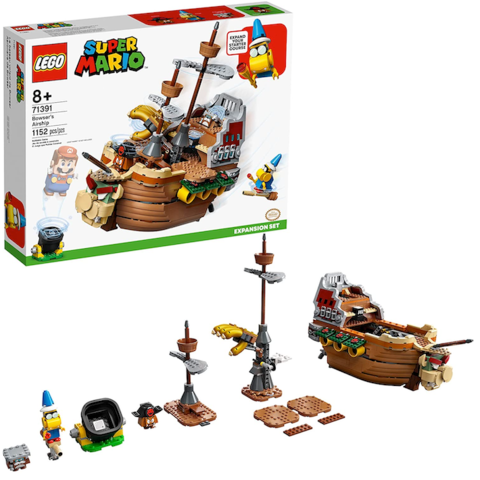 Many of the Lego Super Mario expansions are small-scale playsets. That's not the case with Bowser's Airship, a large 1,152-piece recreation of the King Koopa's flying ship. Along with the airship itself, the expansion comes with three characters: Kamek, a Rocky Wrench, and a Goomba. The airship has multiple interactive parts for play, including Bowser's Mecha Hand. Mario and Luigi can try their luck at avoiding the obstacles here, but it would also make for a great display piece. 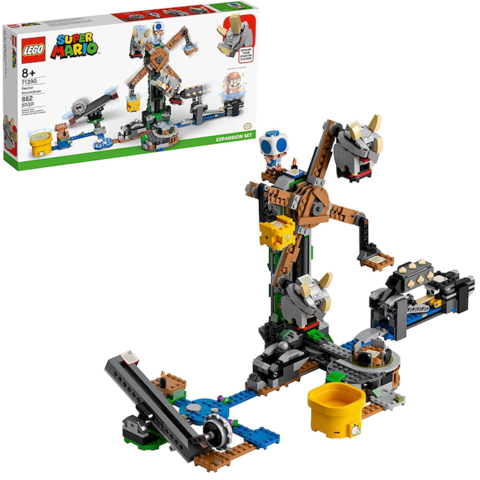 The Reznor Knockdown expansion set is easily one of the coolest additions to the lineup. The towering 862-piece kit comes with a pair of Reznors, a Grrrol, and a Blue Toad. It has rotating platforms that spin when using either Lego Luigi or Lego Mario. 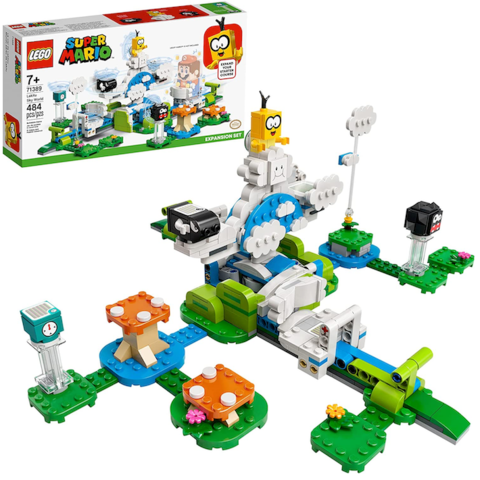 The Lakitu Sky World expansion set is a 484-piece kit starring the cloud surfer itself. In addition to Lakitu, the set also comes with a Bullet Bill and a Fuzzy. Lakitu's cloud platform spins when Lego Luigi or Lego Mario are attached. 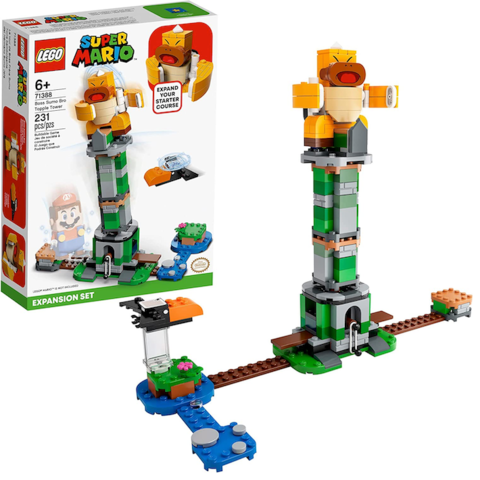 This 231-piece set features an appropriately large Sumo Bro standing atop a tower. Mario and Luigi can knock Sumo Bro down by jumping on the levers included with the kit. It also comes with a Crowber figure. 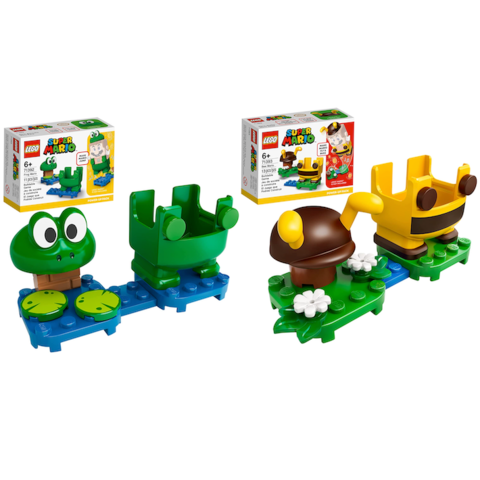