Over two and half years after Ubisoft bought the Tom Clancy brand outright, the French publisher has announced two more games based on the military thriller author's work. The first, Tom Clancy's Ghost Recon Predator, will arrive exclusively on the PSP in November. The game was first hinted at last fall by the Australian game-ratings board and was further confirmed by an Entertainment Software Rating Board listing last month.

Set in the Sri Lankan jungle, Predator follows a team of the elite soldiers known as Ghosts as they scout out the South Asian island in preparation for a US invasion. As in other Ghost Recon games, players will be equipped with a variety of prototype weaponry, including unmanned drones such as those featured in the 2006 hit Ghost Recon Advanced Warfighter. The game will also sport a co-op mode for up to four players via ad hoc mode and three players via the PlayStation Network.

Ubisoft also announced a new Wii game, simply called Tom Clancy's Ghost Recon. Much like the 2002 original Ghost Recon, the game will be set inside a fictional near-future Russia torn apart by civil strife. It too will have a co-op player component, supporting up to two players locally with the option to drop in or drop out at anytime. The game will feature 12 missions set in several countries, including Norway, and will have an Arcade mode with online leaderboards.

The Wii Ghost Recon will also arrive in November, several months before the next Ghost Recon game, Future Soldier, ships for the PC, PlayStation 3, DS, and Xbox 360 in the first quarter of 2011. First announced in April 2009, Ghost Recon: Future Soldier gets its name from the "Future Soldier" programs being conducted by the US and its NATO allies. The initiative, currently part of the US Army's Brigade Combat Team Modernization Program, focuses on outfitting infantrymen with networked communications and high-tech equipment. 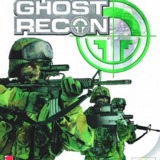