The New Game+ Expo is showcasing games from a bunch of publishers right now, and Steam is hosting a sale to celebrate the occasion.

The New Game+ Expo is one of the many digital showcases that is serving as a replacement for the canceled E3 2020. You can tune in live right now to hear announcements from studios such as Sega, Arc System Works, Inti Creates, NIS America, and more. And if you like the studios showing off their games, you'll probably want to check out the New Game+ Expo sale on Steam.

WayForward hasn't shown anything off during the New Game+ Expo just yet, but the studio is mostly known for its wonderful Shantae franchise. Shantae and the Pirate's Curse is down to $10, and Shantae: Half-Genie Hero Ultimate edition is on sale for $21.

You can check out the full list of games on sale during the New Game+ Expo below. It's unclear how long these deals will be available, so you should grab anything you're interested in as soon possible. Steam's huge Summer Sale is rumored to start this Thursday, but in the meantime, you can browse Fanatical's latest massive sale featuring more than 3,000 games at discounted prices. 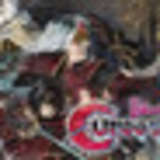 Bloodstained: Curse of the Moon
Follow
$63.88 on Walmart
Buy

PC
Bloodstained: Curse of the Moon
The Legend of Heroes: Trails of Cold Steel III
Shantae and the Pirate's Curse
Play For All