[Update] An earlier version of the story stated that Suda51 was involved in the development of Fire Pro Wrestling World. It has been clarified that this is not the case and that his involvement in the announcement was a showing of support for the project.

The announcement was made during GDC 2016 and, according to the game's Steam page, will feature the same grappling-focused fighting system as its predecessors as well as the ability to "customize every aspect of the match, from your wrestler to the ring itself." A list of features and the teaser video can be found below.

From a gameplay standpoint, the series is known for its timing-based grapple system and deep customisation, however Super Fire Pro Wrestling is remembered for its dramatic ending.

The last Fire Pro Wrestling game was in September 2012, and allowed players to use their Avatars. 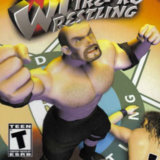