Check out the new trailer and a batch of screenshots.

Berserk, as the game is known for now, will be released for PS4, Vita, and PC sometime this fall. Physical and digital versions will be available for PS4, while it'll be a digital-only release for Vita and PC (through Steam).

Beserk is developed by Omega Force, the studio responsible for the Warriors games, with longtime Berserk manga writer and artist Kentaro Miura writing it. The game was first revealed in June, but at the time it was only confirmed for release in Japan. There, it'll be available on PS4, PS3, and Vita--the PS3 release apparently won't happen in North America or Europe.

"Berserk (working title) will fuse the signature 'one versus thousands' style action of the long-running Warriors franchise with the grim and gruesome atmosphere of the world of Berserk. As players harness the power of Guts' great sword and utilize the swift and agile swordplay of Griffith to slash and smash through hordes of enemies, players familiar with the Warriors series will be able to feel the difference in gameplay through the way each character handles combat. The game will also incorporate various battle mechanics to better bring the world of Berserk to life, such as magic and transformations."

Koei Tecmo president Hisashi Koinuma added, "We are finally able to unveil our collaboration between Berserk and the Warriors series. In this game, players can experience and immerse themselves into the world of Berserk as the main character Guts, wielding his powerful weapon Dragon Slayer mercilessly slashing enemies in half, and through the massive story beginning with the Golden Age arc. The game content will be enjoyable even to those who don't normally play games, so we hope all fans of Berserk will give this game a go. Become a member of Guts and his group, and experience the exhilaration of the most lethal Warriors game within the intense world of Berserk."

More details are promised in the coming weeks. For now, you can check out the new trailer and screenshots above. 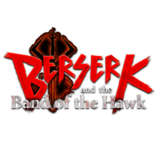 Berserk and the Band of the Hawk
Follow
$32.45 on Walmart
Buy