Square Enix is working on a new game based on the Dragon Quest series.

Square Enix has announced Slime Morimori Dragon Quest: Shougeki No Shippo Dan, a new title for the Game Boy Advance, which is a spin-off of the Dragon Quest series. The title translates into English as Heaps of Slime Dragon Warrior: The Shocking Tails Brigade.

Slime Morimori is an action adventure game based on the popular enemy slime, a mascot character that has been present since the first game in the Dragon Quest series. In Slime Morimori, a slime sets off on an adventure to track down and uncover the mysteries behind the evil Tails brigade. The slime will be able to perform unique actions, such as bouncing around or stretching out, and it can also pick up its friends.

Slime Morimori Dragon Quest: Shougeki No Shippo Dan is currently in production by Armor Project, Bird Studio, and Square Enix. Its release date and price are undecided as of yet. 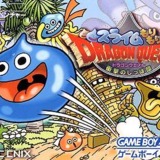