New Dragon Ball Xenoverse 2 DLC Is On The Way

After four years on the market, Bandai Namco Entertainment's Dragon Ball: Xenoverse 2 will get some new DLC. The announcement of the new content comes just as the game's worldwide shipments and digital sales have surpassed a new milestone, with six million units having shipped across Nintendo Switch, PC, PlayStation 4, Stadia, and Xbox One.

According to the latest issue of V-Jump magazine (reported by Ryokutya2089 and translated via Gematsu), DB: Xenoverse 2's newest DLC will add the Supreme Kai of Time, Chronoa, as a playable character after a major update comes out on all platforms. Alongside Chronoa, the update will include a Broly wig and armor set, a Supreme Kai of Time costume, and an expanded Partner Customization feature. This new feature will allow previously unplayable characters to now be playable. No release date or pricing information for this DLC has been revealed as of yet.

This is the first piece of new DLC for the action-RPG since August 2018. Developer Dimps added Kefla and Super Baby 2 as paid DLC back then, one of which is also available in Arc System Works' 3v3 fighter, Dragon Ball FighterZ. DB: Xeoverse 2 has three Extra DLC Packs currently available for purchase, all of which retail for anywhere between $8 to $10 on all platforms.

DB: Xenoverse 2 originally launched in October 2016 for PC, PlayStation 4, and Xbox One before jumping to Nintendo Switch in September 2017. A Google Stadia port dropped in December 2019. We scored the game a 7/10 in our original Dragon Ball: Xenoverse 2 review, with reviewer Heidi Kemps saying, "I might not be the die-hard Dragon Ball fan that many others are, but I can tell through the exquisite attention to detail and the wealth of content that the folks behind Xenoverse cherished the series every bit as much as the fans they're selling it to."

In other Dragon Ball fighting game news, publisher Bandai Namco has shared a new launch trailer for Dragon Ball FighterZ's upcoming DLC character, Ultra Instinct Goku. This new fighter, the seventh version of Goku in the game, will release on Friday, May 22. 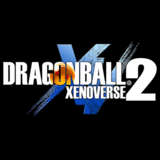