Dungeons & Dragons' Strixhaven: A Curriculum of Chaos is the most unique book in the D&D library to date.

Since Dungeons & Dragons launched its 5th edition of the tabletop RPG earlier this year, there have been numerous source and adventure books launched. However, Strixhaven: A Curriculum of Chaos is unlike any others, as it takes place at a magical Harry Potter-like college, and rewards players for working on friendships with other students, and it's based on a recently-released Magic The Gathering expansion set. While most D&D sourcebooks reward players for battling monstrous beasts, Strixhaven rewards them for studying for classes.

Releasing in stores on December 7 and retailing for $50, Strixhaven will transport players to the titular university where players can learn how to use magic, attend classes, and make friends. Sure, there are still battles to be had, but the focus is on living a day-to-day life as a magic student. This book is built for beginning a new campaign, but like everything else in D&D, it can be modified to be a part of an existing campaign. Wizards of the Coast sent GameSpot an advanced copy of the book, and here's a few new things players can look forward to.

Add a little ✨MAGIC✨ to your next campaign...

While most sourcebooks offer up a variety of character options, Strixhaven's are limited, within a sense. There's only one new race to choose from, and that's the Owlin. Picking an Owlin doesn't give you modifiers to your stats, but you do have darkvision, flight, and a proficiency to stealth.

Upon entering Strixhaven--a school for learning magic, much like Harry Potter--you get to choose from one of five colleges at the university: Lorehold, Prismari, Quandrix, Silverquil, and Witherbloom. Feats and spells are all tied to these schools. Depending on which one you pick, you'll get a variety of different spells, skill proficiencies, tool proficiencies, languages, and equipment.

There are a few spells created by Strixhaven, which you can obtain as a student. These spells can do things like gain proficiency in a skill, deal necrotic damage, or teleport creatures. Additionally, there are new magic items as well.

Go back to school

Here's where the Persona element comes into the new book. You can spend your journey as a student making friends with other students--including a few specific ones laid out in one chapter. You gain positive or negative relationship points depending on what you do or what extracurricular activities you sign up for. Depending on how these specific characters feel about you, it could affect your day-to-day life on campus. If they like you, you could receive help or bonuses while trying to complete tasks. If they don't like you, things will become more difficult for you.

Of course, you'll also have to go to classes, study for said classes, and just be an overall good student in order to progress in your magical career. And yes, there are pre-written adventures in the Strixhaven sourcebook as well, so you can let the book guide your game, and take you through each year of college. Don't worry, there's still dungeon-crawling here as well.

Strixhaven: A Curriculum of Chaos couldn't be more different than the previous books that were released before it, like The Wild Beyond The Witchlight and Van Richten's Guide to Ravenloft. The new Wizards of the Coast sourcebook takes what MTG did in the expansion and makes it into something worthy of a stand-alone D&D book, even moreso than previous MTG/D&D crossovers like Guildmaster's Guide to Ravnica and Mythic Odysseys of Theros. Magic has always been a major element of D&D, and now, the game gives you a solid guide to how your character may have learned their magical abilities.

D&D's Strixhaven: A Curriculum of Chaos goes on sale on December 7. For more on D&D, check out information on the next book coming out in March, Critical Role: Call Of The Netherdeep, and speaking of Critical Role, we recently tried our hand at painting Critical Role miniatures for the first time.

Tiamat Miniature Dwarfs All Your Other Minis, Perfect Fit For New DnD Sourcebook 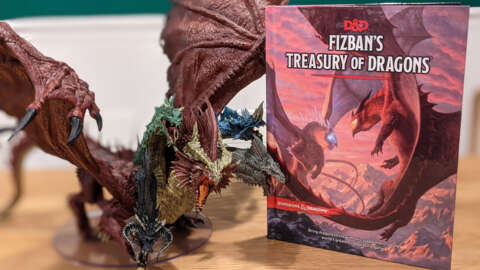 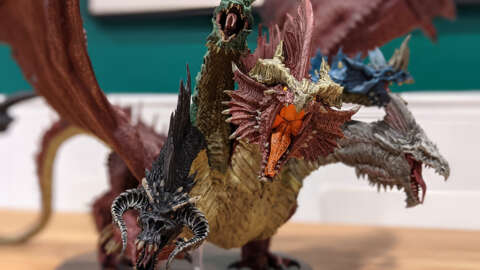 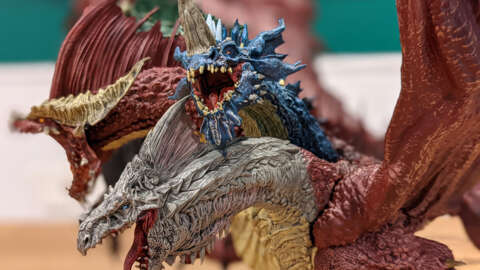