EA Sports signs the developer of Sierra's PGA Championship Golf 2000 for the next installment of Tiger Woods PGA Tour.

EA Sports has announced that the next installment of Tiger Woods PGA Tour will have a new developer, Headgate Studios. The developer was most recently responsible for Sierra's PGA Championship Golf 2000 title, which shipped this spring.

The founder of Headgate, Vance Cook, got his start in games as a programmer for Access' Links golf series before Access was acquired by Microsoft last year. EA hopes that Headgate will bring a new level of technical sophistication to the Tiger Woods signature game.

Tiger Woods 2001 has been under development at Headgate for some time, and it is on schedule for a November release. The game was not announced until now due to Headgate's other contractual agreements.

As for PGA Championship Golf 2000, Sierra has confirmed that despite the change in developers, its golf line will continue in the future. Mike Jacob, senior producer for Sierra Sports, said that "We are looking into the possibility of bringing the existing [PGA Championship Golf 2000] code base in-house and continuing to extend the product." Regarding the current game, he went on to add, "Both Sierra and Headgate are committed to supporting PGA 2000." 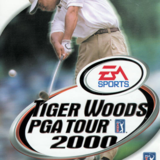