They're deadly and delicious.

Capcom has released a new behind-the-scenes development diary for Dead Rising 4, looking at what makes its protagonist unique and showcasing some of the crazy weapons in the game.

Among these is a military-grade exosuit, which you can combine with other in-game items to create something new. One of the examples is hooking up a slurpee machine to the suit, which lets you to send delicious ice tornados at zombies. Watch below.

We also get an overview of the three types of zombies in the game. The first are the traditional shambling hordes, but on top of them there's the Freshly Infected, which are frantic and more aggressive, and the Evos, which are capable of dodging attacks.

Dead Rising 4's release date has been confirmed as December 6. It will launch on Xbox One and Windows 10 PC, but Microsoft has confirmed to GameSpot that Dead Rising 4 is a timed-exclusive and could eventually make its way to PS4 and Steam.

The remaster of Dead Rising is being worked on by QLOC, the studio that remade Devil May Cry 4. Mercenary Technologies, which did the PS4 version of God of War III, is remastering Dead Rising 2 and Off The Record. 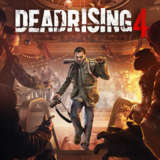