The last two games based on the Conan fantasy franchise were not blockbusters. THQ's 2007 title Conan, developed by Nihilistic (Zombie Apocalypse), received positive reviews for its God of War-like action adventure gameplay, but it was not a major hit at retail. Meanwhile, Funcom's massively multiplayer role-playing game Age of Conan: Hyborian Adventures received solid plaudits upon its release in 2008. However, it also proved a commercial disappointment, with developer-publisher Funcom having to lay off 20 percent of its staff due to ongoing financial woes.

However, today came news that the Cimmerian warrior will be making another outing into gaming…eventually. This morning, game-talent agency DDM and licensing company Paradox Entertainment announced they are beginning the process of developing a new Conan game. Paradox owns the library of Robert E. Howard, the author of the original Conan stories that first appeared in fantasy magazines in the 1930s. No specific developers or publishers were named in today's announcement, meaning that it will likely be years before any new Conan game arrives at retail.

Besides literary fiction and a variety of games on older systems, the Conan franchise is most famous for inspiring two films starring Arnold Schwarzenegger: Conan the Barbarian (1982) and Conan the Destroyer (1984). A new Conan film, starring Hawaiian actor Jason Momoa (HBO's upcoming Game of Thrones) is set for release next year. The franchise has also spawned comic book series from Marvel and Dark Horse Comics, as well as several television shows. 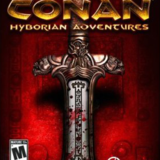