New Champions And Content Are Coming To League Of Legends: Wild Rift

The following champions will be introduced:

As a part of the new update, Elemental Rift will officially become the default map for all game modes on Summoners' Rift. Wild Rift will use some features from League of Legends by using the Infernal, Ocean, and Mountain drakes. The terrain map will change to one of the elements at the start of the game, and the Elemental Rift will satisfy the team's goals around the player agency.

Active item swapping will also be introduced to increase flexibility with the player’s enchantment. Players can use the shop to change to a different active without selling their boots. Doing this will cost some gold and puts your active on a short cooldown. In addition, the Repulsor Enchant will be added to the Enchantments, and it'll knock back enemies in a small area around you and yourself if you're near the blast.

A new solo-based Legendary Ranked mode will be introduced in season 6, and it'll only be available to Diamond and above players. Players who participate in this mode will be able to advance six tiers. Rankings will be updated in real-time, and Legendary Ranked Queue players will have the opportunity to unlock exclusive cosmetics.

Legendary Ranked will have the same cycle as the traditional Ranked system, but it won't be at the start of season six and will begin at a later date. Players will only be able to queue at specific hours to ensure matches are found at a faster pace.

The following skins will be added alongside season 6:

A new Wild Pass will be introduced, allowing you to obtain level 50. Star Guardian will be coming to Wild Rift, and players will be able to collect Star Candies and unique rewards when participating in the event. Players will be able to see the Redeemed Star Guardian event pass, with missions to complete for event tokens, and be able to pick up extra tokens at the store. These tokens can be traded for various rewards, including Redeemed Xayah and Rakan.

Wild Rift is a free-to-play mobile game. You can download it on the Apple App Store, Google Play, and the Galaxy Store.

For more League of Legends: Wild Rift news, check out these stories: 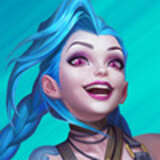