Set on an abandoned island, "special operators" must survive a dangerous nano-experiment-gone-wrong while battling each other.

There's a new battle royale game on its way, and this one is coming from Finnish game studio Housemarque. At Gamescom 2018, the company unveiled a first peek at Stormdivers, a sci-fi game that revolves around third-person combat within an ever-shrinking storm of nano technology gone wrong. While we knew Stormdivers was coming, Housemarque has been tight-lipped on its details. You can get a first look at the game in the video above.

The battle royale game is set in a near-future dystopia. You play as a Stormdiver, "a rare breed of special operator," complete with special technological abilities and wild combat skills, as you battle for supremacy on an abandoned island. True to the battle royale formula, a deadly storm system boxes you and your competitors in. The island itself is an enemy; Housemarque says you will have to deal with environmental threats around every corner, while battling other players at the same time. "Those who can master speed, surprise, and take the high ground will reap the benefits of exotic loot," said Housemarque.

It also sounds as if Stormdivers will follow in the footsteps of games like Fortnite, which is constantly evolving and adding new content to keep players on their toes. "Stormdivers will excite players with its fast-paced gameplay, metagame, classes, and various events, all packaged with Housemarque's trademark high-quality visual effects," Housemarque wrote. "[It's] more than just another battle royale game, and we plan to roll out new content regularly in the future to continuously expand the experience." There are already plans for PvE co-op missions, new playable areas, and new player classes.

In April, the Resogun and Nex Machina developer announced it would be moving away from arcade-style games, proclaiming this genre was dead and that it would now be focusing on multiplayer-centric games instead. Stormdivers is Housemarque's first clear step in that direction, with the game releasing in 2019. For more game news out of Gamescom 2018 this week, check out all of our coverage from the year's largest consumer video games show. 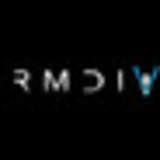