Attack on Titan 2 is coming soon.

Koei Tecmo has announced a new game based on the popular anime and manga series Attack on Titan. Dubbed Attack on Titan 2, the title is being developed by Dynasty Warriors developer Omega Force and is slated to release in early 2018.

Few details have been announced about Attack on Titan 2 so far. We still don't know what platforms it will release on, but Koei Tecmo has confirmed that it will be a sequel to last year's Attack on Titan game and features "an abundance of new gameplay mechanics." You can watch the first teaser trailer below.

As in the previous title, players will use the Omni-Directional Manoeuver Gear to maneuver around the environment and battle the Titans. Despite the few details that are available, we can infer from the teaser that the game occurs during the anime's second season.

The previous Attack on Titan game released for PS4, Xbox One, PC, PS3, and Vita in 2016. GameSpot awarded it 6/10 in our Attack on Titan review and said, "Although Attack on Titan painfully lacks combat variety and includes a host of technical disappointments, its use of Attack on Titan's strange world makes it a unique, and sometimes genuinely exhilarating, experience." 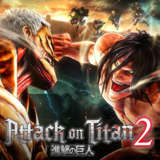