At an event in San Francisco today, Apple unveiled a 4G-enabled iPad, as reported by GameSpot sister site CNET.

As was suspected, the device boasts 4G LTE support on networks from AT&T and Verizon. Separate versions of the new iPad will be made available for each network. Where 4G service is not available, the device will revert to 3G.

The new iPad will boast a quad-core A5X processor, which marks an upgrade from the A5 chip used in the iPad 2 and iPhone 4S. Apple said the new chip A5X chip is four times as fast as Nvidia's Tegra 3 quad-core processor.

The new iPad will offer a screen resolution of 2,048 by 1,536--or 3.1 million pixels. Additionally, the device sports a 5-megapixel camera that allows for 1080p video recording, image stabilization, and face recognition.

During the media briefing, Epic Games president Mike Capps demoed a new chapter in the Infinity Blade franchise titled "Dungeons." The executive went on to say the new iPad has more memory and processing power than an Xbox 360.

It is unclear if Infinity Blade: Dungeons is a new game in the franchise or an expansion pack. Whatever the case, Capps said Dungeons is "coming soon."

On top of announcing the new iPad today, Apple revealed that it has dropped the price of the iPad 2 to $400 for a 16GB Wi-Fi model and $529 for the 3G model. The price cut is effective immediately. 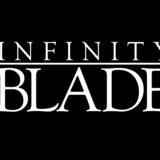