This is the biggest Lego Marvel set to date, and it comes with 25 minifigures.

Spider-Man fans may want to get their wallets ready for next Lego Marvel set. Lego has unveiled a truly massive kit revolving around the Daily Bugle, the newspaper where Peter Parker works. Perhaps with Spider-Man brawling with villains so close to the building, J. Jonah Jameson can snap a photo of Spider-Man himself instead of yelling at Peter all the time. The set will be available to purchase for $300 starting May 26 for Lego VIP members (creating an account is free) ahead of its June 1 release. 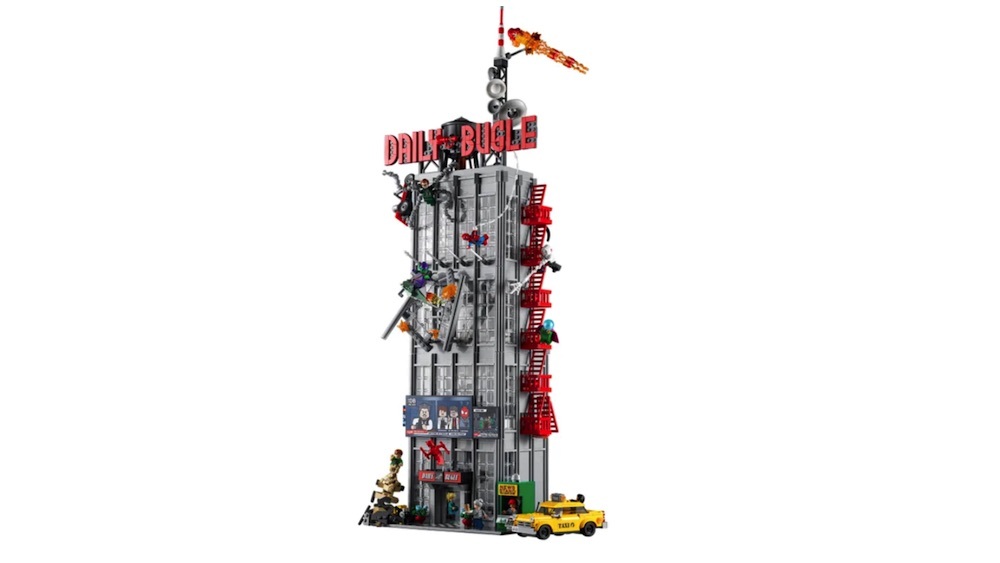 Lego Daily Bugle is a 3,772-piece modular set, which means that you can rearrange the three floors and create different scenes in and around the Daily Bugle skyscraper. While most Lego sets--even the big ones--tend to come with only a few minifigures, the Daily Bugle boasts 25 figures, including Spider-Man (of course), Green Goblin, Daredevil, Venom, Doctor Octopus, Blade, and Spider-Gwen.

Although the brick count is impressive, the space this set takes up is even more jaw-dropping. When fully built, the Daily Bugle is 32 inches tall. This could present a problem for display cases or shelves, but it will definitely make for a fun toy for kids. That said, as it's one of Lego's more elaborate builds, it is recommended for those 18 and up. We imagine kids who regularly build Lego sets wouldn't have a problem putting this together, though.

At this time, it's unclear if the Lego Daily Bugle set will be available to preorder at other major retailers. Keep in mind that these massive Lego sets tend to sell out pretty quickly, so you'll probably want to register for a Lego VIP account to order it on May 26.