Now that the Wii and PlayStation 3 have had a year to catch up to the Xbox 360's head start, Microsoft is pushing back hard. In August, it dropped the price of its consoles across the board. Last month, the company released its biggest system-seller of the year, Halo 3. Today Microsoft followed up on those moves by announcing two Xbox 360 bundles that will come with two games packed in.

This holiday season, gamers in the market for an Xbox 360 can get Pro and Elite models of the console with copies of Turn 10's Forza Motorsport 2 and Activision's Marvel: Ultimate Alliance. The bundles will sell for the standard Pro and Elite prices of $349 and $449, respectively, and Microsoft expects them to be readily available at retailers by the end of October.

If that price of admission is still too high, thrifty gamers might have some recourse on the way. Rumors have resurfaced recently that Microsoft is ditching its Xbox 360 Core package in favor of an Xbox 360 Arcade package. That system would supposedly have the same features as the Core Xbox 360, but come with a wireless controller, a 256MB memory card, and five Xbox Live Arcade games.

Microsoft is counting on this holiday season to provide the Xbox 360 with plenty of momentum to fend off Sony and Nintendo. The company has said it expects at least seven upcoming and recently released Xbox 360 games to break the million-unit sales mark, including Madden NFL 08, BioShock, Halo 3, Project Gotham Racing 4, Mass Effect, Guitar Hero III: Legends of Rock, and Call of Duty 4: Modern Warfare. 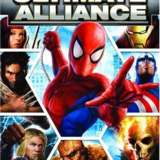