The creator of the best-selling Tony Hawk series is bifurcating its dev team and hiring Xbox Next developers.

The growing list of next-generation developers got another member this week. Neversoft, creator of Tony Hawk's Pro Skater and Tony Hawk's Underground, is advertising an "Xbox 2 Console Engine Programmer" position on its official Web site. No mention was made of a programmer for Sony or Nintendo's next consoles.

"We’re looking for an experienced console engine programmer who will deal with porting and extending the Neversoft Engine to Xbox 2," read the ad. If hired, applicants will "be joining the Tools and Engine team and will play an integral part in the design and execution of next generation enhancements to the engine," according to Neversoft. The listing unsurprisingly expressed a preference for veteran PC and Xbox programmers--though the company would accept "suitably qualified" PlayStation 2 and GameCube programmers.

The Xbox Next hire is apparently part of a larger reorganization, which will see Neversoft's dev team separate into two halves: one to work on its bread-and-butter Tony Hawk franchise and the other to work on an as-yet-unnamed title. "We still intend to support the Tony Hawk franchise, but we have some other ideas that we want to bring to life," read the post, seeming to indicate an all-new IP. The listing did not mention if the new title would be for current- or next-generation platforms. 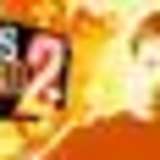