"I woke up in Hell because this world is insane. And I learned something about sin. I learned to like it."

Netflix's animated horror series Castlevania has developed a big fanbase over the past three years, and the upcoming Season 4 is highly anticipated. Now creator Warren Ellis has hinted at what fans can expect from the next season.

Reconfirming that Season 4 will happen, Ellis posted on his blog to give people a little bit of good news during a rough time. He explained that Season 3 of the series was the most popular yet. While Netflix rarely officially releases the numbers on how shows are doing, creators are told about how well their show is going each month. Ellis explains that Season 2's ratings were strong, so Season 3 improving again basically solidified the show for another go.

"So we're on for Season 4. We don’t expect too much of a covid-related delay, but if that one guy who keeps tagging me on IG to demand 'season 4 NOW' could f*** off, I'd appreciate it," says Ellis in the post.

"Four seasons of an Anglophone adult drama animation about vampires, moral philosophy and toilet paper. Which is not a niche production, but something with an audience of (stops, sees Netflix sniper rifle dot)... many, many millions. Who saw that coming?" Ellis wrote in the announcement blog post. "If it turns out that this weird thing is what prised open the door on doing adult-oriented drama narrative in English language animation, I would be delighted. Because we just proved that the audience is there, in the same numbers that show up for live-action drama."

Season 4 of Castlevania does not yet have a release date. Seasons 1, 2, and 3 can all be found on Netflix. For more on our thoughts on Season 3, head over to our in-depth review. 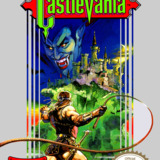