NEO: The World Ends With You Is Cool As Hell And Cheesy In A Good Way

After playing NEO TWEWY, I couldn't be more hyped to be an overdressed teenager fighting my way out of the afterlife with cool friends. 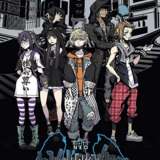 NEO: The World Ends With You
Follow
$44.99 on Walmart
Buy

A lot changes in gaming after 14 years. For Square Enix's experimental action-RPG The World Ends With You, the way we play games and what current platforms offer ultimately left one of its most innovative features--a combat system that so closely integrated touch controls of the Nintendo DS--in the past. It's difficult to mimic, as is apparent in the Final Remix remaster that came out on Nintendo Switch, which didn't play particularly well. But with rebuilt gameplay systems and that same edgy, youthful energy, the sequel NEO: The World Ends With You isn't skipping a beat in delivering the next stylish romp through Shibuya we've been wanting.

I was able to get hands-on with NEO: The World Ends With You on PS4 remotely via Parsec, and much like the original cult classic, tearing through the Noise (the otherworldly monsters invading reality) is chaotic fun. While the traditional-style controls have turned combat into a familiar third-person action affair, it still retains the flair and wild excitement of battle.

Now Playing: NEO The World Ends With You Gameplay

The Pins system is back, giving you a stylish representation of what are essentially weapons. Each one empowers a party member with a certain attack and they come in all sorts of varieties--charge attacks, button-mashing combos, ranged barrages, or magic spells. Each attack style is assigned to a certain button, effectively designating a party member to cover the corresponding attack type. Properly mixing up your team's attacks also builds up the Groove meter, which can then be used to pull off a simultaneous super attack. And damn it is satisfying when you're able to nail down a flow and juggle each Pin power to eradicate monsters while remaining unscathed. You can feel unstoppable, but it takes practice and experimentation to get there.

When I spoke to the development team, game director Hiroyuki Ito told me, "It was a high hurdle thinking of ideas for how to deliver a new experience like we were able to do for the first title. But through deliberation, our approach was with the fact that you're in a team this time around." He explained how you can pull off combos with each party member seamlessly since you essentially control all of them at once. It sounded neat in concept, but when I got to experience it for myself, I understood exactly what they're getting at. While I'm curious about how deep the challenges of combat will go and if the Pins will continue to provide intricacies, the uninterrupted flow of combat and seeing your whole party jump in with each attack absolutely rips.

However, combat is just one aspect of NEO TWEWY, and while the gameplay changes are largely promising, it's all the things around it that make this series what it is. TWEWY is known for its youthful bombast and I'd have thought it might not hit the same after so many years, but I'm glad I was wrong. Although new designers have been brought into the fold, that signature Tetsuya Nomura style in its characters brings a sense of familiarity and comfort--over-the-top stylish characters range from goths and street punks to fashionistas and urbanites, and each has just enough exaggeration to their aesthetic to stand out.

NEO TWEWY's attitude also comes through in its characterizations as much as does in its style. You control Rindo, the main protagonist, and he's the level-headed teenager who leads his group of friends through the Reapers' Game with a bit more expressiveness than TWEWY's Neku. This iteration of the Reapers' Game will be recognizable to fans--teams of people seemingly stuck in an afterlife fight off the Noise and earn points to hopefully make their way back to the real world. This has a dark undertone given the mischievous masterminds with unknown motives that are behind it all, but it still retains a steady earnestness and goofiness too.

The demo portion I played only included Rindo's brash best friend Fret and the returning (and ever-aloof) Minamimoto as party members, yet their early dynamic along with the other extravagant personalities reminded me of a fun shonen anime. I'm still anticipating the introduction of Nagi, the bookworm-y punk who becomes core to the crew, because she seems dope. Even then, Tetsuya Nomura hinted in my aforementioned interview that we may see even more characters involved in the mix (and possibly in our control in combat).

Dialogue and storytelling unravels through manga-style panels with solid voice acting to boot, and it's captivating in the initial hours, if not a bit overbearing. As I've said already, TWEWY is youthful in its expression--and even though it occasionally comes across as this-is-how-adults-think-youngins-talk, its sometimes dated writing or tropey moments haven't come across as cringey. Rather, I've found it fun in a cornball, happy-go-lucky sense, and I hope it carries that vibe throughout.

Much of that carefree vibe can be felt exploring Shibuya, which is one of the main attractions of NEO TWEWY, as was the case in the original game. And seeing this series' concept of the bustling Japanese city is an exciting prospect. This is your overworld and is broken up into several districts that unlock as you progress, and you'll do basic puzzle/riddle solving and investigations for the story. You initiate battles, seek out the big monsters of the day, and bump shoulders with the goons of the world.

While I was limited from the short hands-on demo time, it seems like there'll be quite a bit tucked away in the city's corners. There's a whole Turf Wars system of territory control against competing teams in the story, which I haven't touched yet. We'll have shops to gear up at and restaurants to eat and hangout in with your crew. And the sightseeing of Shibuya may breathe more life into NEO TWEWY's stylish affair, although I'll have to explore more once I get into the full game.

After I reached the end of the two-hour demo, I just wanted to keep going--eager to keep collecting Pins, trying out each of their powers to create the ideal combos between my eccentric party members, and getting to the bottom of the Reapers' Game this time around. It was also nice to just let my guard down and feel young again. It's carefree and often cheesy, but the experience is better for it. For a game that uses quirky fashion, a mix of nu-metal and J-pop for its soundtrack, and silly characters alongside somber ones, you wouldn't want it to take itself too seriously anyway.

There's still so much more to discover around the corners of NEO TWEWY's Shibuya and it won't be long before we can. The game is set to launch on PlayStation systems and Nintendo Switch on July 27, and a PC version is planned for release sometime afterward this summer.

NEO: The World Ends With You

Apex Legends Season 12 Character May Be Mad Maggie - But Who Is She?