Throughout 2009, NCsoft routinely posted triple digit quarterly profit and revenue growth, due in large part to the success of its latest massively multiplayer online role-playing game Aion. And while the Korean publisher can't say the same for its current in-progress fiscal year, the publisher certainly isn't losing much ground, either.

Reporting on its July-September fiscal quarter this week, NCsoft said revenues came in at KRW155 billion ($139 million), down 6 percent from the same period a year ago. Likewise, profit was largely flat year-over-year, rising just 1 percent to KRW47.3 billion ($42.6 million).

The publisher attributed its sales slip to a decrease in performance out of its Lineage franchise. The publisher also said that it had increased its payroll, having ramped up headcount in its R&D department.

Aion continued to be NCsoft's primary money maker. The angels-and-demons-themed fantasy MMORPG, which saw first release in Korea in 2008 before eventually debuting in the West in September 2009, accounted for 44 percent of the companies sales during the period, or KRW62.9 billion ($56.7 million). 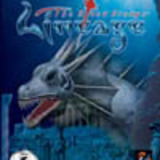