EA Sports demonstrates how to effectively use the competitive recruit functionality in NCAA Football 10. 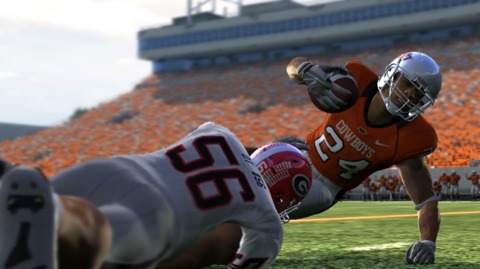 One of the big recruiting features in this year's NCAA Football 10 was the ability to recruit directly against other teams. Unfortunately, the feature was never really adequately explained, and, as a result, I pretty much stayed away from it when I was still playing the game. Now EA Sports producers have put together a new strategy video that shows exactly how to make the system work for you.

When downplaying a rival school to a recruit, you'll actually be taking away interest points away from that school, allowing your program to potentially move up that recruit's list of schools, which should be extra gratifying when playing against real opponents in an online dynasty. This wasn't 100 percent clear in terms of presentation, so it's nice to see EA clarifying exactly how it works. Who knows, maybe I'll bust out my copy of NCAA 10 this weekend to try downplaying some fellow SEC schools--I already do that on my couch on Saturday afternoons anyway... 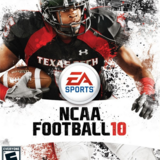