[UPDATE] Shortly after the publication of this story on the delay of NBA 2K15 (now releasing October 28), EA posted an update on the official EASports.com website citing a desire to "polish the game."

"Considering all the work that's gone in so far, we will be taking a few extra weeks to polish the game and make sure you get an incredible NBA experience from the moment you first boot up the title. This extra development time means we will be moving our launch date to October 28 to line up to opening night of the 2014-15 NBA season. This was a hard decision, but it’s the right one, as we are totally committed to delivering the highest-quality game we possibly can."

In the update, EA also promises to provide continuing updates on the game's development and features in the coming weeks.

NBA Live 15 will no longer be released on October 7 directly against competitor NBA 2K15. EA Sports announced today that its professional basketball simulation game has been delayed by three weeks, and will now launch on October 28.

The new release date, revealed in a banner video on the game's website, was spotted first today by Polygon.

EA's NBA series has faced tough times of late. Last year's game, NBA Live 14, was poorly received, while a pair of previously planned games were canceled in the 11th hour.

NBA Live 15 is coming exclusively to Xbox One and PlayStation 4, while NBA 2K15 will be released for those consoles as well as last-generation systems and PC. EA Sports just recently released the first gameplay trailer for NBA 2K15 (above), which focuses on the game's visuals. 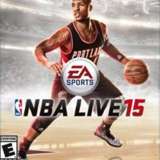