Celtic great Bill Russell sues NCAA and EA due to lack of compensation for unauthorized use of likeness in NCAA Basketball 09.

Former Celtic center and University of San Francisco star Bill Russell is suing EA, alleging the unlawful use of his likeness in the Tournament of Legends feature of NCAA Basketball 09. According to a Bloomberg report on the suit, Russell claims EA and the NCAA are violating federal antitrust laws by preventing former student athletes from receiving compensation for commercial use of their image and likeness.

Video games are not the only point of contention for Russell; he also takes issue with the NCAA for selling $150 videos that feature footage of him leading USF to championships in 1955 and 1956. General counsel for the NCAA Donald Remy addressed Russell's allegations, saying that complying with his demands for compensation would effectively cause all historical archived footage to be held hostage until every captured person, athlete or not, was compensated for their appearance.

Bloomberg states that the case is likely to be consolidated with a similar suit from former University of California basketball star Ed O’Bannon, who in 2009 alleged that the NCAA unjustly deprived onetime college players of compensation for the use of their images and likenesses across any number of "revenue-generating formats," including games.

At the time, EA said, "We do not believe violations of any current or former student-athlete rights or NCAA bylaws have occurred related to our products." An EA representative declined to comment on the Russell complaint.

Russell is seeking unspecified damages, disgorgement of profits, and suspension of all future sales of the specified videos and games. 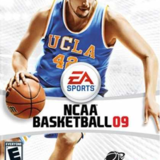