NBA Jam Creator Reveals That, Yes, The Bulls Were Robbed Of Victory Against The Pistons

NBA Jam released at a time when the Bulls kept winning against the Pistons, and designer Mark Turmell made his allegiance clear in a sneaky bit of game-altering code.

NBA Jam remains one of the most beloved basketball game of all time, 27 years after its initial arcade release. If you were on one side of the Chicago Bulls/Detroit Pistons rivalry of the 90s, though, the game perhaps has endured slightly less well in your memory, because you know in your heart that you were robbed.

As it turns out, you actually might have been. In a new video from Ars Technica about the success of NBA Jam, lead designer Mark Turmell has reflected on the rivalry between the Chicago and Detroit teams during Michael Jordan's iconic 90s run with the Bulls--and admitted that his internal bias worked its way into the game.

In the video below, around the 19:40 mark, Turmell admits that he was a big Pistons fan, having grown up in Michigan, and that he snuck some code into the game to "get back" at the Chicago Bulls and their fans.

Turmell said that he put in "special code" that would prevent the Bulls from scoring last-second shots against the Pistons, meaning that if you shot just before the final buzzer to try and even the score or pull ahead the shot would never go in, regardless of the Bulls' stats.

Since NBA Jam matches tended to be close, the cabinet was in high rotation, and these were popular teams, there were no doubt thousands of lost shots (and games) that can be attributed to this code.

On the other hand, the Chicago Bulls won six championships during the 90s to the Pistons' one, so Bulls fans shouldn't be too sore about this.

It's been a while since we've seen a new NBA Jam title, but basketball fans can rest assured that NBA 2K21 is coming to next-gen systems later this year. 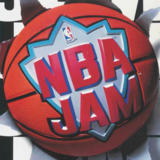