The Black Mamba has passed away and NBA 2K20 players and developers are paying their respects.

Following the tragic passing of NBA legend Kobe Bryant on January 26, the NBA 2K20 team and fans of the sports franchise have started a series of in-game tributes to memorialize the famed Lakers player, who has been an important part of the video game franchise.

Developer Visual Concepts and publisher 2K Sports updated NBA 2K20 to acknowledge Bryant's untimely death with a new splash screen across all platforms, commemorating the life of one of basketball's greatest shooting guards.

This is the first thing that you see when you launch NBA 2K20. 2K giving respect to Kobe... I love it #NBA2K20 #XboxShare pic.twitter.com/9cH8swsDNx

The official NBA 2K20 Twitter account paid tribute to Bryant with a message of its own, saying his "many contributions on and off the court" will be greatly missed. Some developers on the NBA 2K series also shared condolences across Twitter, with many sharing intimate behind-the-scenes shots and touching anecdotes about their time meeting and working with the Lakers legend.

Totally heartbroken. He’s a big reason why I and many 2K fans grew to love basketball. His drive for getting the most out of life is to be aspired especially in the light of this absolutely tragedy. Life is short, we all need to live it to its fullest.#RIPKobe pic.twitter.com/Nx5uARg2HS

Game makers aren't the only people mourning the loss and celebrating the life of Bryant, whose nickname throughout his career was "The Black Mamba." The NBA 2K20 community is coming together to remember Bryant by dressing in Lakers attire. Elsewhere in the game, players are attempting to recreate Bryant in-game using the create-a-player feature, while others are stalling games to take a moment of silence.

My bro sent me this video of players paying their respects for Kobe on 2k pic.twitter.com/HaHU1wRhKO

Bryant was on his way to a basketball game with his 13-year-old daughter Gianna when the helicopter the two were aboard unexpectedly crashed in Calabasas, California Sunday morning, killing seven other people in the process. Bryant, who was expected to coach a game his daughter was said to be playing in, was 41 years old. A cause for the crash has yet to be determined and reports suggest it could take days before any information is divulged.

Kobe Bryant has appeared in every NBA 2K game since its inception, last appearing on the franchise's cover athlete for NBA 2K17's Legend and Legend Gold Editions. 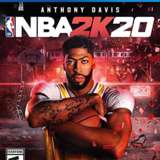