Stock is limited and expected to "go fast," retailer says.

Retailer GameStop has announced a version of Naruto Shippuden Ultimate Ninja Storm 4 that will be sold exclusively at the store. Called the "golden bundle," it comes with a copy of the game on PlayStation 4 or Xbox One, as well as a Golden Funko 3" figure. The package altogether costs $65.

GameStop described the bundle as being a "limited edition," with stock expected to "go fast."

If you're a GameStop PowerUp Rewards member and you preorder the game, you'll get a GameStop-exclusive poster and early access to the following characters and content: 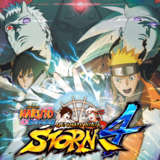