Peripheral-aided Active Life: Extreme Challenge, Food Network: Cook or Be Cooked, and We Cheer 2 all being readied by Japanese publisher for release this fall.

With M-for-Mature games faring poorly on the Wii, third-party publishers are embracing the most popular genres for Nintendo's console: exercise games, cooking games, and casual minigame compilations. Today, after both Activision and Sega announced sports anthologies, Namco Bandai has revealed a trio of exclusives geared at the mass market that has helped the Wii ship more than 50 million units worldwide.

Namco's first offering goes after the demographic targeted by Wii Fit, Jillian Michaels' Fitness Ultimatum and the forthcoming EA Sports Active. Titled Active Life: Extreme Challenge, the game will come bundled with a mat controller and an eight-button peripheral. In tandem with the Wii Remote, the add-ons will let players control the game with both their hands and feet. Early screens of the extreme-sports game, due out this fall, show such activities as rock climbing, parasurfing, BASE jumping, go-karting, BMX riding, and double-Dutch jump roping. No price or rating has yet been announced, but GameSpot's preview has more details.

For the more gastronomically oriented, Namco is also offering up Food Network: Cook or Be Cooked this fall. Unlike other cooking games such as Yoshinoya, Cooking Mama: Cook Off, or Iron Chef America: Supreme Cuisine, the game aims to actually help players hone their culinary skills. Developed by Red Fly, which is currently putting the finishing touches on the PlayStation 2 and Wii versions of Ghostbusters, the game will offer introductory lessons on how to use utensils and will provide a range of recipes straight from the titular cable network's kitchen. 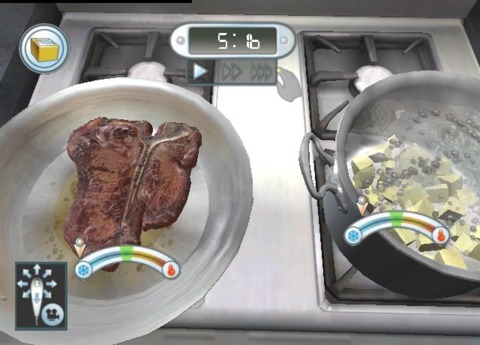 Last but not least on the Wii front, Namco has also announced a sequel to We Cheer, its 2008 Wii Balance Board-based cheerleader simulator. The game will combine rhythm game action and feature twice as many onscreen cheerleaders whose pom-poms are linked to movement with the Wii Remote. Besides a plethora of both male and female characters, the game will feature 30 licensed tracks and 20 multiplayer stages that support up to four players in co-op squad challenges. We Cheer 2 for the Wii will launch in fall 2009 with an MSRP of $39.99. 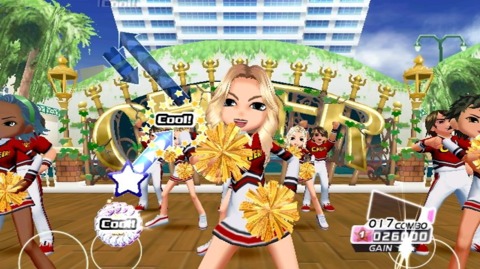