Despicable Me may have been centered on an unlikable protagonist, but Namco Bandai is likely quite partial to the animated film. The company has released its financial results for the six months ended September 30, showing the game based on the film and released in conjunction with D3Publisher was Namco Bandai's best-selling new release of the year.

Despicable Me has moved 390,000 copies for Namco Bandai to date, putting it just ahead of one of the publisher's owned intellectual properties, Dead to Rights: Retribution. The revival of the cop-and-canine action franchise sold 350,000 copies in the US and Europe through September.

The publisher also saw a strong debut from Another Century's Episode R, a Japanese PlayStation 3-exclusive mech combat game by From Software, makers of the Armored Core series. Last year's Tekken 6 remains Namco Bandai's best seller for the current campaign, though its sales for the year haven't grown significantly from the 1.07 million the publisher reported in August.

Namco Bandai net sales for the first half of its fiscal year were ¥173.60 billion ($2.13 billion), up half a percent from the same period the previous year. The largest portion of the company's sales came from its Toys and Hobby business segment, which brought in ¥72.22 billion ($888 million), edging out the Content division's ¥71,45 billion ($879 million) in sales. (Content comprises Namco Bandai's home gaming business, as well as its video and music operations.)

While the publisher's two largest business segments were neck and neck in terms of sales, there was a greater disparity when it came to profitability. Fueled by sales of Masked Rider and Mobile Suit Gundam merchandise, the Toys and Hobby division posted an operating income of ¥7.07 billion ($87 million), whereas the gaming segment suffered an operating loss of ¥2.6 billion ($32 million). 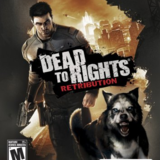