Quarterly profits at Japanese firm jump 48 percent to $106 million, with Tales of Xillia leading the charge.

The quarterly profits of Namco Bandai Holdings, parent company of game publisher Namco Bandai, were up 48 percent for the three months to December 31, 2011, to ¥8.3 billion ($106 million), thanks to strong overall sales in Japan that overwhelmed poor international performance.

In its financial report for the period, Namco Bandai notes this was driven by a 17 percent increase in the number of games sold by the firm in Japan, despite a 27 percent decline in sales in the US and a 5 percent drop in Europe. The most successful titles for the firm were Tales of Xillia, which had sold 760,000 copies in Japan in the final nine months of last year, and Mobile Suit Gundam Extreme VS, which sold 550,000 in the region in the same period.

The PlayStation 3 was the firm's most valuable platform, accounting for nearly 4 million sales. While the Nintendo DS and 3DS contributed 3.4 million sales between them, the PSP accounted for 2.8 million games sold. PlayStation Vita sales figures were not broken out.

An 18 percent increase in sales for the firm's Toys and Hobbies business also bolstered Namco Bandai's bottom line. Alongside its results, the firm released an outline of its plan for growth over the next several years. As well as focusing on Japan-developed games, it plans to use its strong position in the Japanese toys market to "become 'the premier company' in the character business by spreading our strength globally," with a particular focus on what the firm calls "boy's toys" in the US and Europe. 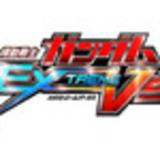