My Cat Wasn't Impressed With Stray, But I Think It Looks Wonderful

I'm sure my cat will come around once she sees the full release and hears the meows coming from the virtual stray.

I'm sorry, BlueTwelve Studio. I know I wasn't supposed to bring in any outsiders for the Stray demo, but I just figured having my cat sitting in attendance wouldn't harm anyone. Penny is shy and doesn't really talk to strangers after all. Turns out she's not huge on Stray either--she refused to pay attention to the stream and walked off after a few minutes. I don't know what her problem was, because I think Stray looks like a wonderful time.

Stray sees you play as a lost cat, who has fallen into a mysterious cyberpunk-inspired city. Hurt and separated from his friends and family, this stray seeks a means of returning to the world above. On his journey, the stray will encounter human-like robot citizens that whom he can interact with, eventually gaining a means of understanding and communicating with them when he acquires a robot companion that can translate for him.

You can absolutely get distracted by just doing cat things, too. Stray includes plenty of avenues for you to be an absolutely adorable menace that terrorizes the populace by knocking over objects, jumping onto tables, or meowing at a closed door until you're allowed entry.

"The main feature of Stray is that you play as a cat--this comes with a few perks," producer Swann Martin-Raget said during the preview. "For instance, we have a button that you can press to meow. The good thing is that you can press this button at any moment in the game, including during some cinematics, so you can really be as annoying as you want to be."

Seeing these mechanics in action was the point when Penny stopped watching the stream, so it's possible she took offense at the perceived slander (which I can confirm is not slander--I love her but she can be a menace). I just thought it all looked funny.

When you're not scratching up rugs or knocking over cans of paint, Stray sees you exploring the city. Your main means of navigation is the ability to leap between select surfaces. I was a tad disappointed that there doesn't seem to actually be all that much to platforming--the stray automatically makes jumps so all the challenge comes from figuring out the path, not actually taking it.

"Being a cat obviously allows for lots of interesting level design opportunities," Martin-Raget said. "So we moved away quite early in the project from a normal platforming challenge."

Martin-Raget added that in early concepts of Stray, playtesters regularly missed a lot of jumps, which got in the way of feeling like an acrobatic and graceful feline. "So we came up with this compromise where every jump will be successful in the game, but still a lot of freedom and ability to move anywhere you want to," Martin-Raget said.

In the more open-ended hub areas, I appreciate that freedom, but Stray seems to have rather linear portions of the game, too, where the path forward is practically spelled out for you. I don't know how many times sections like that pop up in the game, but I'm hoping they are few and far between--simply pressing the jump button over and over and not having to worry about anything else doesn't seem terribly exciting.

I do really like the look of the chase sequences, though, where the stray has to outrun pursuers by scampering through the streets or sewers, forcing you to make split-second decisions on not only where to jump, but when. I saw a segment where the jump ahead was obvious, but doing so immediately would have catapulted the stray right into those chasing him, so the stray had to first lead them away before doubling back and then making the jump.

Segments such as that seem like a whole lot of fun, making you feel cat-like by rewarding your ability to think on your feet, where a successful end to an adrenaline-inducing chase is decided by your skill, not just pushing the jump button. It wasn't immediately clear what the margin for error is for segments like that, though, and whether the punishment for making a mistake will result in a frustrating loss of progress. We'll have to wait and see on that.

Beyond that, there isn't much else you can do gameplay-wise in Stray. It doesn't look to be a super mechanic-heavy game, or one intensely geared towards action or survival.

"We do not have any survival mechanics in the game," Martin-Raget said. "We moved away from this quite early in the project. So everything that is about drinking and eating food is just cosmetic. We really wanted to have this fantasy of being a cat being as smooth as possible, and there are other types of challenges in the game."

Ultimately, the aspect of Stray that leaves me most intrigued is the story it wants to tell. The preview only provided hints at what to expect, teasing the potential discovery of lore behind the world. There's this tangible sense of mystery hanging over almost everything I saw. Who are the human-like robots? How did this cyber-noir city come to be? In a society where most sentient life seems to be mechanical, how is there a biological creature like a cat? Is this a future Earth, an alternate reality, or somewhere else entirely? These questions are what have me most intrigued to play Stray--nothing about the moment-to-moment gameplay leaves me terribly excited, but the world-building on display here has me wanting to snoop around. I hope there are plenty of secrets and stories to uncover, and Martin-Raget seemed to imply that there will be.

"At its core, Stray is an adventure game," Martin-Raget said. "It has puzzles and quest elements as well as action sequences. But it's really about the story."

We won't have to wait all that much longer to try out Stray ourselves, given that it is very close to release. Stray is set to launch for PS5, PS4, and PC on July 19. The PlayStation versions of the game will be available on day one on PlayStation Plus via the subscription service's two highest-paid tiers. 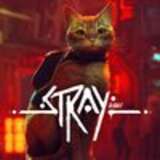