Vladimir Guerrero was last year's American League MVP after batting .337 with 39 round-trippers and 126 RBIs. He led the Anaheim Angels (now momentarily called the Los Angeles Angels of Anaheim--lawsuit pending) to the playoffs after signing with the team in the off-season. A true "five-tool" big-leaguer, Guerrero is one of the most complete players the major leagues has ever seen and was heavily coveted when he became a free agent last year.

The 989 Sports series returns for its third season on the PS2. MLB 2006 will feature new gameplay mechanics, including the ability to field a ball and pre-load a throw for seamless animations and pitcher confidence. The game will return EyeToy functionality, online support, and revamped Career and Franchise Modes.

Look for MLB 2006 when it steps to the plate March 1. For more information, check out GameSpot's previous coverage. 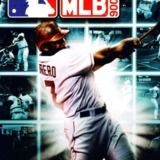